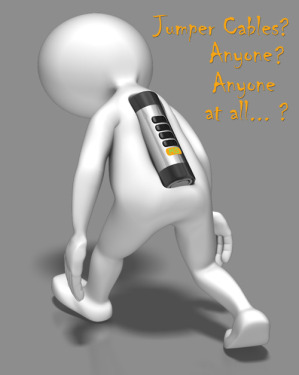 It was the first day of really warm weather yesterday here in Glasgow and for me the first day of being wiped. Once you have had MS for a few years in a strange way you get used to the pain and the fatigue but every summer this one gets me and surprises me. I don’t know the medical reason why this happens but it is really like someone has removed your batteries. It isn’t the same as the normal tiredness it really is a total withdrawal of energy even for simple movements and the drained feeling grows as the heat rises. Once out of my childhood years I really quite quickly lost the love of summer, when it no longer meant long days playing it lost it’s luster.

I can only really remember few overly hot summers here in Britain the first and strangely the most vivid was the summer of ’76. I had total freedom that summer, no parents to tell me what to do, no school and unfortunately no money. It was for the first time in my life that I had to go out and find a job, strangely it was really easy. I walked through the city and out to the beach. In those days there were a small string of cafes on the promenaded who I knew sold loads of ice cream and stuff to the summer visitors so I thought I might get a job there and I did. The very first one I walked into and asked gave me a job there and then. I found myself in a kiosk right down by the sand, selling all the things families would spend money on.

For those of you who don’t know the beach at Aberdeen if may come as a surprise to find out that it is actually the most beautiful golden sand that you could wish for, the beach is wide and gently sloping giving loads of sunbathing and play space. If you have a car I would recommend not to go there, better to drive a few miles north to were Donald Trump is now building his golf course at Balmedie, the sand line is wider and backed by dunes which if there is a breeze you can shelter in as they form thousands of suntraps, but don’t forget to take everything you need as there are no shops at all! If Aberdeen had Spain’s weather they would make a fortune.

I spent the whole of that summer of 76 either working at the beach or partying with the friends, a perfectly idyllic life for a teenager. I still remember walking though the city every morning before six when it was still cool, but warm enough for just a muslin shirt, jeans and Jesus saddles, enjoying the clear air pre rush hour. Spending the working hours making candyfloss and selling ice cream, lunch in the sea and evenings building bonfires and getting drunk. If life could have been like that forever I think I could have been happy for ever. Summers like that are all too soon over and for me I would say it was the only part of my early teens I was happy. I think it is memories like that which not only stay with us for ever, but colour our view of our own lives as well. I have always wondered at the human ability to sideline or forget the bad times and with out thought bring forward the good times, I’m glad we do.

I’m sure that most of you are hoping that the next few months will bring temperatures like we had in ’76, most days in the 80’s or just below. I on the other hand hope we don’t, sorry to be a kill joy but I would really like to have some energy even just enough to sit here and write.